Bioremediation is the process of using bacteria, fungi, or other organisms to degrade pollutants and return the environment

altered by contaminants to its original condition. 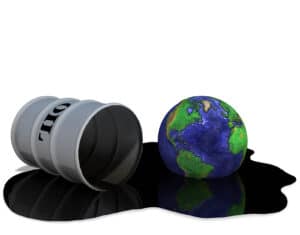 Custom HC is our most popular bioremediation product. Custom HC is a highly concentrated blend of bacteria, scientifically chosen for their ability to degrade a wide variety of petroleum hydrocarbons, including crude oil, fuel oil, gasoline, diesel, BTEX, and others.

Custom HC™ degrades a variety of hydrocarbons including:

CustomBio has the production capability to offer both bacteria based, and fungus based products in a variety of packaging options including Technical Concentrates, Concentrates, Slow Release Tablets,  Ready-to-Use (RTU), and Small Spill Kits.

Bioremediation is the process of using bacteria, fungi, or other organisms to degrade pollutants and return the environment altered by contaminants to its original condition. In some cases, the indigenous bacteria are petrophilic (capable of degrading hydrocarbons).   In these applications, nutrients alone are applied to complete bioremediation successfully.   In some cases, the indigenous bacteria population capable of degrading hydrocarbons is non-existent, or is so small that they cannot compete for nutrients, so they cannot grow to populations large enough to degrade the pollutants.   In other cases, the petrophilic organisms are present in the lab test, but they are organisms that degrade hydrocarbons inefficiently.

BioAugmentation is bioremediation with the application of laboratory grown organisms to augment the populations of bacteria that can degrade oil.  Custom HC contains petrophilic bacteria, scientifically chosen for their ability to effectively degrade hydrocarbons, packaged in extremely high concentrations.

BioAugmentation with Custom HC will:

There are many variables, or controlling factors, in Bioremediation, including BioAugmentation with Custom HC.    The main factors are Bacteria Populations, Growth Media, and Nutrients.   After reviewing the information below, Please review the Technical Discussion (click here).

Custom Biologicals (CustomBio) manufactures and distributes a wide variety of microbial products for use in a number of applications. We’re always looking for new distributors, both domestic and international.