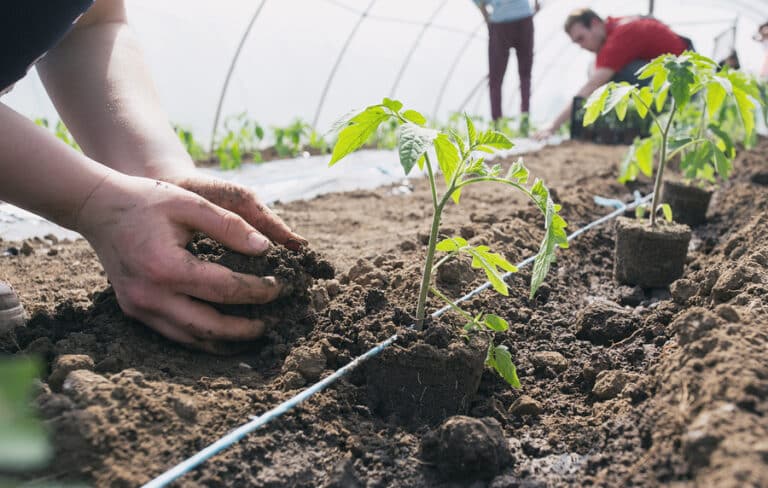 A Growers Guide to Biofertilizers and Microbial Soil Amendments

A growers guide to biofertilizers and microbial soil amendments is intended for all growers, including gardeners, farmers, and commercial agriculture.

There are a number of microorganisms used as biofertilizers and soil amendments, also referred to as soil biology. I listed some here and included their general use. Listing here is not intended to endorse any particular microbe for a particular situation. Contact CustomBio to help determine if a biofertilizer would be helpful for you and your situation.

As a reminder, the most widely used definition of a Biofertilizer is “Biofertilizers are substances that contain microorganisms, which when added to the soil increase its fertility and promotes plant growth.”  I like this definition because it is simple and to the point. The same definition can be used for microbial soil amendments.

Types of Biofertilizers and Microbial Soil Amendments – A Growers Guide

Biofertilizers can be loosely grouped into 5 main categories:

We’ll talk about each group and add several of the most widely used microbes that fit into each category. It’s important to note that some bacteria fit into multiple categories. In general, I’m only going to list a microbe once, in its most used category.

Here’s a few of the most widely used nitrogen fixing microorganisms.

Rhizobium – Rhizobium is the best known of the nitrogen fixing bacteria and likely the most used in biofertilizers. The Rhizobium bacteria form a symbiotic, mutually beneficial, relationship, with the plant forming nodules on the roots. Typical crops for Rhizobium are legumes such as peanuts, peas, beans, clover, and soy.

Azotobacter – Azotobacter is a nitrogen fixer that is considered free living. That is it does not form a symbiotic relationship. Products containing azotobacter are more common outside the United States.

Azospirillum – This is another free living nitrogen fixing bacteria. Azospirillum is used mostly with cereal grasses.

Bacillus species – There are a number of species of Bacillus that solubilize phosphorus including; B. subtilis. B. megaterium, B. pumilus, and B. coagulans. The principle mode of action of this solubilization is the production of organic acids by the bacteria.

Mycorrhiza – The acquisition of phosphorus by plants is often mediated by soil microorganisms colonizing the roots, particularly mycorrhizal fungi.

In addition to the microbes listed above, species of Penicillium and Pseudomona are sometimes included in soil amendments designed to solubilize inorganic phosphate.

Microbes help the plant obtain these nutrients and while the mechanisms are beyond the scope of this post, I’ve included a few for discussion.

Bacillus – There are several species of Bacillus that can solubilize sulphur.

Thiobacillus      are an interesting species of bacteria. They can oxidize sulphur and can survive and multiply at a very low ph.

Arbuscular Mycorrhizal Fungi – increase the uptake of a number of micronutrients including zinc and copper.

PGPR is a group of free-living bacteria that colonize the root zone of the plant. These bacteria are essential in producing a healthy plant.

There are a number of known benefits of PGPR including:

Bacillus and Pseudomonas are the two species that are generally used as biofertilizers to increase the populations of PGPR.

Custom Biologicals manufactures and distributes a number of biofertilizers and microbial soil amendments. We have years of experience in this area. Should you have questions or like additional information, please contact us CustomBio at Bill@CustomBio.biz or at (561) 797-3008.