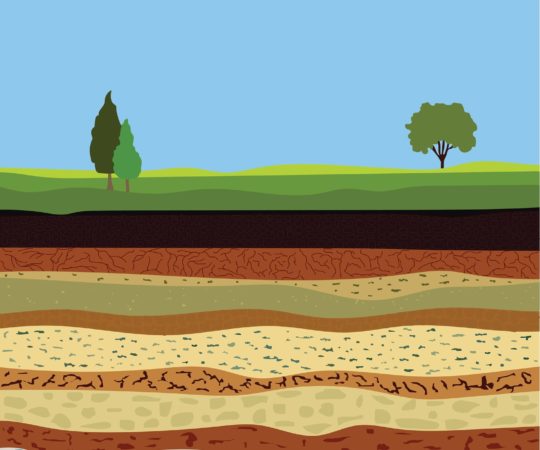 What organisms recycle nutrients? Nutrient recycling in soil is generally performed by microorganisms. Both beneficial soil fungi and beneficial soil bacteria are the main players.

Soil microbes will exist in extremely large numbers in soils as long as a carbon source exists for energy. Interestingly, in undisturbed soils fungi, like Trichoderma, tend to dominate the soil biomass, while in tilled soils bacteria, actinomycetes, and protozoa dominate the soils. This is due to the fact that the later are hardier species and can tolerate more soil disruptions.

So, the answer to the question what organisms recycle nutrients is a variety of microorganisms and to have rich, organic, fertile soil, you need microorganisms.

This process provides both an energy source and supplies carbon for cell growth and reproduction. Absent  a reliable carbon source, there are less microorganisms and the organisms that are present tend to be in a dormant state. This is the condition found in poor or distressed soils.

In contrast, long term no tilled soils have significantly higher levels of microbes, higher levels of soil decomposition, more active carbon, and more stored carbon. In other words, these soils have a greater degree of nutrient recycling and are healthier as a results.tilled and highly used soils.

The overall health of soil will be greatly affected by the amount of organic carbon in the soil. This organic carbon is needed to support an active, healthy microbial population.

The break down of organic compounds by microorganisms is greatly dependent on the carbon to nitrogen ratio  (C:N). Bacteria generally start the decomposition process first. They have high nitrogen content in their cells but are typically less efficient at converting the organic carbon to new cells. Aerobic bacteria only metabolize and assimilate 5-10% of the available carbon leaving behind many waste carbon compounds.

Trichoderma fungi are much more efficient at converting soil carbon into new cells. They can assimilate 40-55 % of the existing carbon. In particular, fungi are invaluable in consuming both cellulose and lignin.

Protozoa and nematodes consume the nitrogen rich bacteria and help the nutrient recycling process. They release the nitrogen as ammonia. Ammonia and soil nitrates are converted back and forth in the soil.

Microorganism communities change rapidly and continuously in the soil as organic matter is added, consumed, and recycled.

In conclusion, microorganisms are a critical to decomposer and are vital in nutrient recycling. To have healthy, productive soils both a thriving microorganism population and carbon source are necessary pieces of the puzzle.

Have questions about what organisms recycle nutrients? Custom Biologicals can help. We manufacture a number of biological products that help with nutrient recycling in farming and gardening. Contact Custom at (561) 797-3008 or via email at Bill@Custombio.biz.

CustomBio manufactures and distributes a wide variety of biological products for use in a number of industries including agriculture, wastewater, restaurant grease cleaning products.  We’re always looking for new distributor opportunities. Contact us for more information.
Shopping Cart