Trichoderma Fungi – Benefits of use as a Biofertilizer

First, some background on Trichoderma fungi. They are the most prevalent type of fungi in soils and they are present worldwide in almost all soil types. They are microscopic and are generally considered avirulent plant symbionts. In other words, they form a symbiotic, or mutually beneficial, relationship with plants.

It’s this symbiotic relationship that biofertilizers try to exploit. The idea is simple, by adding more of the fungi, the plant receives more benefit. The addition supplements the existing colonies or replaces colonies that have been lost to chemicals or poor crop management.

Major Benefits and Advantages of Trichoderma

In most instances, good fertile soil has a number of Trichoderma species. Below are a few species you will likely see in organic soils. If the soil has been overused, it may make send to add them back and to use these species.

Most of the Trichoderma species listed here provide the benefits from above. I’ll talk a bit about the additional benefits of some of the fungi. It’s important to note that applications can be made as seed treatment, as a foliar treatment, or as a drench treatment.

Trichoderma viride, when used as a seed treatment, increases the germination rate in a number of crops.

T. reesi has the ability to secrete large amounts of cellulolytic enzymes and has a number of uses in biotechnology. In fact, it is used to create stone washed jeans because of this ability.

T. koningii is known to increase the growth of seedlings and secretes seed germination factors.

Trichoderma polysporum is normally found in cooler climates and conveys all of the benefits associated with the other Trichoderma fungi.

Custom Biologicals manufactures a number of microbial based products, including Custom GP. Custom GP is a concentrated liquid biofertilizer and soil amendmentcontaining 4 species of the beneficial soil fungi.

We’re are looking for more distributors, both domestic and international. Contact Custom for more information about using biofertilizers in agriculture, farming and gardening.

Biofertilizers area topic all of their own. Here’s some more information about them. 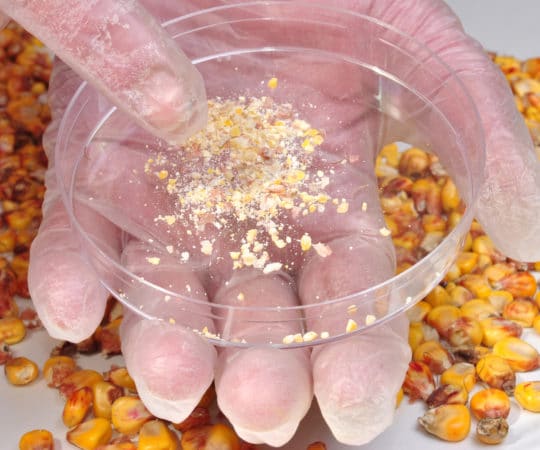