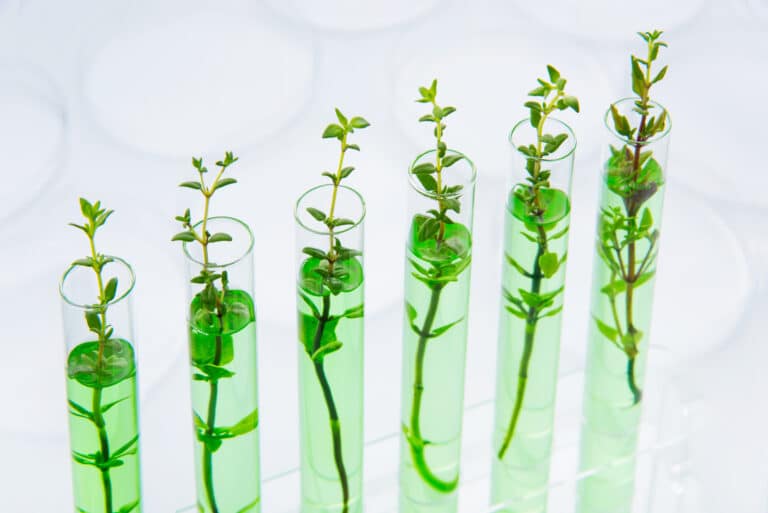 The Effect of Microorganisms on Plant Growth

Plant growth is enhanced by a number of different types of microorganisms including soil bacteria and Trichoderma fungi. The bacteria are sometimes called PGPR, For Plant Growth Promoting Rhizobacteria. The “Rhizo” references the root zone where most of the beneficial microorganisms live.

Microbes enhance plant growth in two main ways. They suppress soil borne pathogen and the stimulate plant growth. Let’s talk about each of these situations in a little more detail.

Competitive inhibition plays a role in suppression of soil pathogens.

This means that competition for nutrients is a significant means of ecological control among members of the soil microflora and, together with competitive interactions for space and oxygen, may be the major factors governing the biological control of soil-borne fungi.

Specific pathogen suppression is due to specific microorganisms or groups of microbes and their interactions with the pathogens.

Since specific suppression is due to specific, identifiable microorganisms, this type of soil pathogen suppression can be transferred.

In the example of take-all, a destructive disease of cereal grasses, the bacteria Pseudomonas spp. produces the antifungal metabolite 2,4-diacetylphloroglucinol.

There is a lot of research in the area of microbial suppression of plant diseases. I expect there will be many new discoveries over the next decade.

Microorganisms stimulate plant growth in a number of ways including:

Azospirrillium, Bacillus and Pseudomonas are some of the species that are known to produce plant hormones such as auxins and cytokinins.

Auxins cause the elongation of cells in shoots and are involved in regulating plant growth. While cytokinins promote cell division, or cytokinesis, in plant roots and shoots.

In general terms, microbes are vital to both nutrient cycling and making essential nutrients bioavailable to the plant. Nutrient cycling improves both soil and ability of plants to grow in the soil.

Both free living bacteria, like Paenibacillus polymyxa, and Rhizobia sp. are good examples of nitrogen fixing bacteria. Rhizobia are a root nodule bacterial symbiont. Meaning they attach to the root of the plant.

Decomposition and Mineralization of Organic Matter – Effect on Plant Growth

Microorganisms decompose and mineralize non-living organic matter. These decomposers are an important part of the nutrient cycle as they return the nutrients to the soil.

MIcroorganism have a number of effects on plant growth.